According to the XML DOM, everything in an XML document is a node. 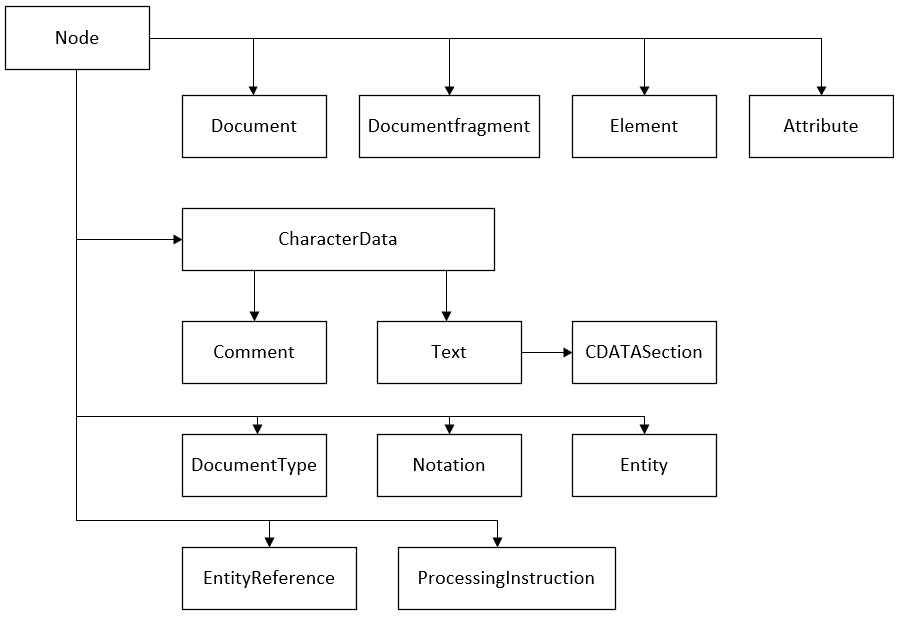 The most common types of nodes in XML are:

But there are other type of nodes (less common types):

The XML DOM represents an XML document as a tree-structure. The tree structure is called a node-tree.

All nodes can be accessed through the tree. Their contents can be modified or deleted, and new elements can be created.

The node tree shows the set of nodes, and the connections between them. The tree starts at the root node and branches out to the text nodes at the lowest level of the tree

Nodes in the node tree have a hierarchical relationship to each other.

The terms parent, child, and sibling are used to describe relationships: parents nodes have children and children at the same level are called siblings.

Furthermore, the <book> element is the parent node of the <title>, <author>, <year>, and <price> elements.