Hence, HTML is a markup language which is used for describing the structure of a Web page.

An HTML document is made of many HTML tags and each HTML tag contains different content.

What is an HTML Element?​

An HTML element is defined by a start tag, some content, and an end tag:

The HTML element is everything from the start tag to the end tag:

Some HTML elements have no content (like the <br> element). These elements are called empty elements. Empty elements do not have an end tag!

The purpose of a web browser (Chrome, Edge, Firefox, Safari) is to read HTML documents and display them correctly.

A browser does not display the HTML tags, but uses them to determine how to display the document: 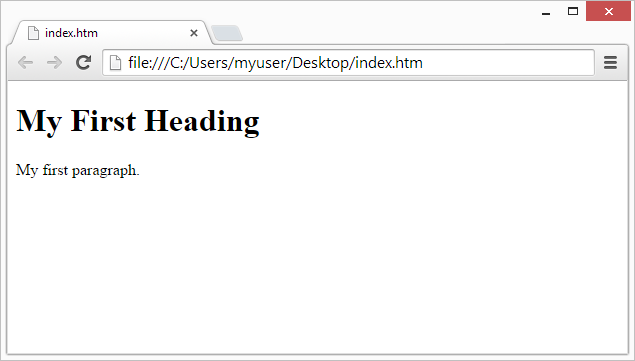 Since the time HTML was invented there are lots of HTML versions in market, the brief introduction about the HTML version is given below:

It is recommended to write all tags in lower-case for consistency and readability.